How does the new user question review process work?

Do questions from new users get held back until they are reviewed and how many must review them? How is it that some reasonably good questions get left without any upvote by the reviewer, and on the other hand, some absolutely awful questions remain unedited by the reviewer and get upvoted?

For an example of the latter, see Configuring Identify Feature Tool in Geomoose which has been included as a screenshot below to preserve its state after the review queue but before later editing.

(I agree the problems are purely stylistic but if I knew anything about GeoMOOSE I'd still have a hard time answering the mess of a question.) 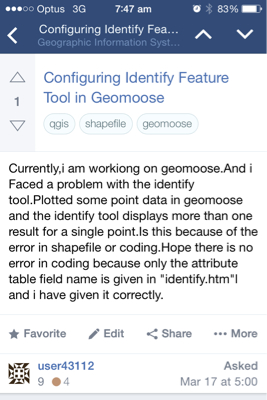 Questions appear immediately when asked. In fact, it can be some bit of lag before they hit the review queue. I can't answer the how many part definitively or with any citation (there are a LOT of meta questions on review queues). From looking at my First Post review history (as compares to some other review queues), it appears only one reviewer is needed. That may vary depending on reviewers and queue - I see suggested edits in my history that were reviewed by two people and also just me. It may also depend on who is doing the reviewing and their rep level.

I personally don't always (often don't) upvote a question I review, particularly if it's on a subject I'm not familiar with. I look at the question in terms of formatting, tags, provided information, readability, etc. I make any edits, comments, flags, or close votes as applicable, or if there's a clear case for me to vote I will, and then move on. If it's not good, or I don't know if it is, and there's absolutely nothing I can do to improve it, I just hit skip. If it looks like a well-formatted question and I can't improve it, but I don't know the subject matter enough to vote up or down, I just go with no action needed.

The upvotes may or may not be by a reviewer. Yes, some people may just upvote a bad question, but that's regardless of whether they're doing so in a review queue or not. There is some concern about 'robo-reviewing' and poor voting when chasing badges, but in theory the system has checks in place to help prevent that. I too have noticed an increase in low quality questions with upvotes, and I mentioned it in chat and PolyGeo and I had a little back and forth, but the conversation didn't really seem to take off.

In your specific example I'd have voted close unclear, but likely wouldn't vote up or down on the question for a couple of reasons. First, it appears to me language is something of a barrier and I try to give broad latitude with that. Second, since we don't get notified when questions we've voted on change, I hate to downvote something that could be fixed and me miss coming back to reverse or remove my vote. I tend to only vote on a question when it's clear and I can determine that yes, it's good and useful, or no, it shows no effort/doesn't belong/whatever and that there's pretty much no amount of editing short of replacing the question entirely that would be likely to change my mind.

Each user has their own copy of the queue — if you review a post in a queue, it is not necessarily removed from that queue for other users. It gets removed for all users after a few more reviews by other users (the exact amount depends upon the queue and review action done).

I see the value of the First Posts queue being to help new users get off to a flying start with getting their questions answered while at the same time educating them on the way GIS SE (and SE sites generally) works because they do not always take and understand the Tour or visit our Help.

Doing that in a way that balances "you are doing great" with "you could do this better" is challenging so I generally try to only address 2-3 issues each time - and few questions from new users have less than that because they are almost invariably new to our focussed Q&A format. I try to upvote any new post that looks like its asker has tried to tell us what they have tried and where they are stuck.

If questions show no indication of their asker having taken the Tour and/or poked around the site a bit to see how other questions are asked then I think down and on hold (i.e. close) votes do need to be exercised early, so that those recent questions are not thought by other new users to have met the minimum standard of clarity that we seek. It is for that reason that I quickly edited your example question and placed it On Hold.

Not the answer you're looking for? Browse other questions tagged discussion review-queues .

3
How does the Suggested Edit review process work?
3
Am I being accused of being a Vandal?
6
2014 Moderator Election Q&A - Question Collection
3
Request for new low-quality review option or guidance on using current options
1
What's the process to add a new tag if you're under 300 rep
4
Answered question “put-on-hold” due to lack of “shortest code”?
12
What is the red dot in the review queues?