Does Syntax highlighting warrant an edit?

This question is about the broad topic of improving posts vs. pushing old posts:

Does the addition of syntax highlighting to a post warrant an edit even if the post is, say, more than a year old?

I think syntax highlighting is a big improvement to the readability of a post, especially when it contains code sections that are longer than 3-4 lines. It is however a rather minor edit and pushes the post back to the top of the active queue.

Do you consider syntax highlighting to be so important as to add it to every post with code? Should it rather be handled on a per post basis, where it should only be applied when there is a substantial amount of code and/or the question is relatively new?

And a rather short code-block where I would be hesitant to add the highlighting if it is not already present.

I can't seem to invoke syntax highlighting on this Meta so the picture below shows what happens on Main: 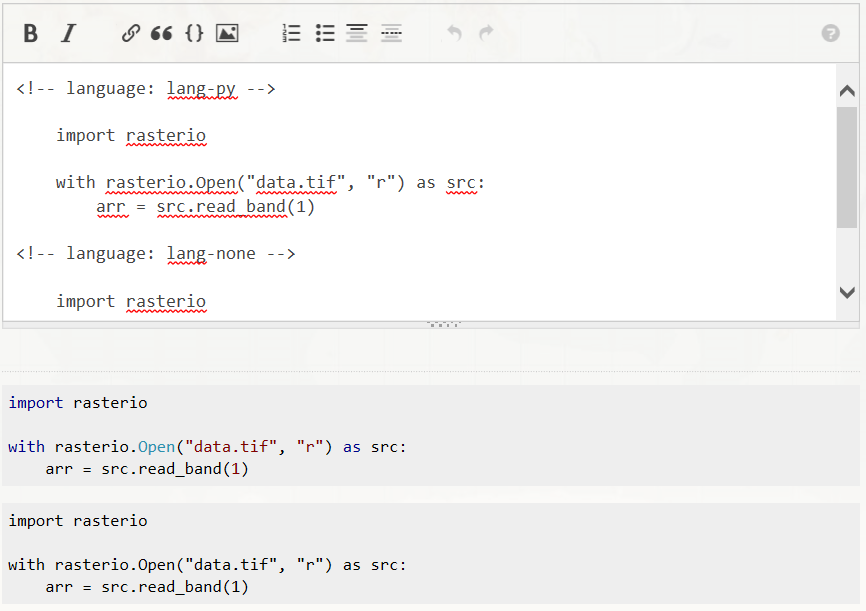 I think this is a hard call.

Unless the edit queue needs to be invoked, I think anything that makes a question easier to read warrants an edit.

When the edit queue is required, then I think an edit should be just a little more substantial than the one in your picture.

As much as possible our Q&As are intended to be timeless, so I don't think their age should be a factor in weighing up whether an edit is worthwhile or not. If a post no longer has enough value to be edited, then it may be worth considering whether the time for its deletion has arrived. If a post is out of date, but can be brought up to date, and is currently on-topic, then I think every effort should be made to edit it.

Not the answer you're looking for? Browse other questions tagged discussion review-queues editing syntax-highlighting .