Should we provide a link to the OP in Suggested Edits reviews as in other types of reviews?

I saw reviews where an edit from another user seems to be improving the post. But adding significantly more content/information to the OP. I wasn't sure whether this was moving the comments of the OP into the OP (which would be helpful) or attempt to answer/change of OP intent.

I couldn't find a link to the OP and had to go the front page to find the OP being reviewed.

Feature requests like this should probably be made on Meta.SE as we don't have the ability to change how SE works here at GIS SE.

That said, you should have a few options already to see the before/after history during a Suggested Edit review. Have a look at this Suggested Edit I recently reviewed. The before is on the left, the after (the edit you are reviewing) is on the right. These two screenshots show the two different options available in the Suggested Edit Review screen.

Markdown output highlighting sections that have been edited, and the specific changes are marked in red (removed) and green (added): 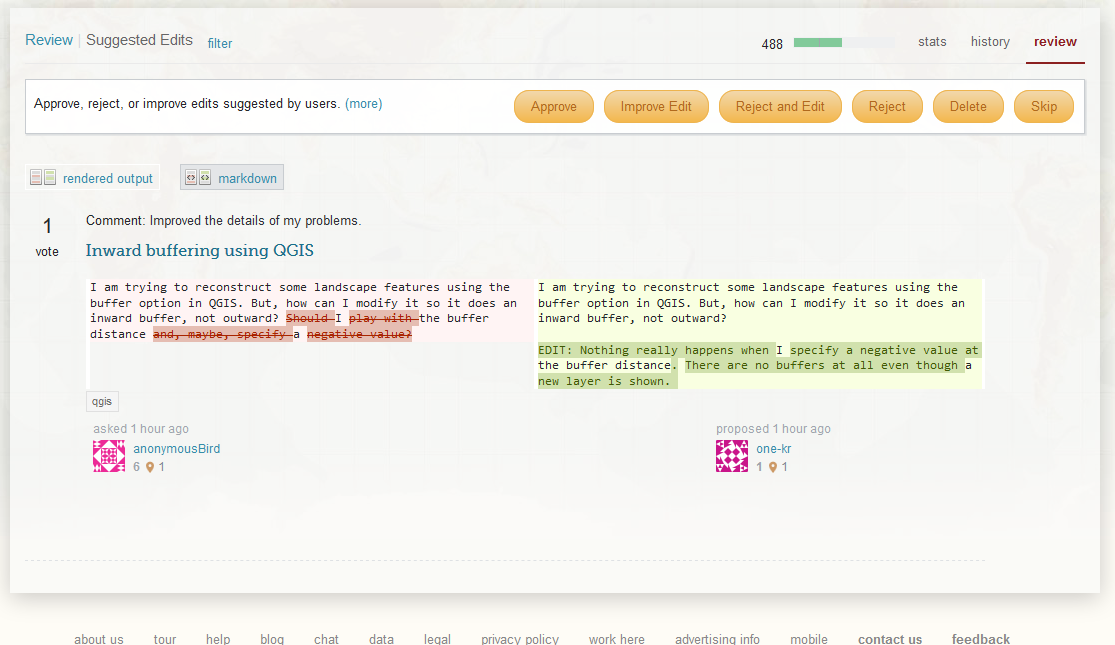 Rendered output showing just the changes in red and green: 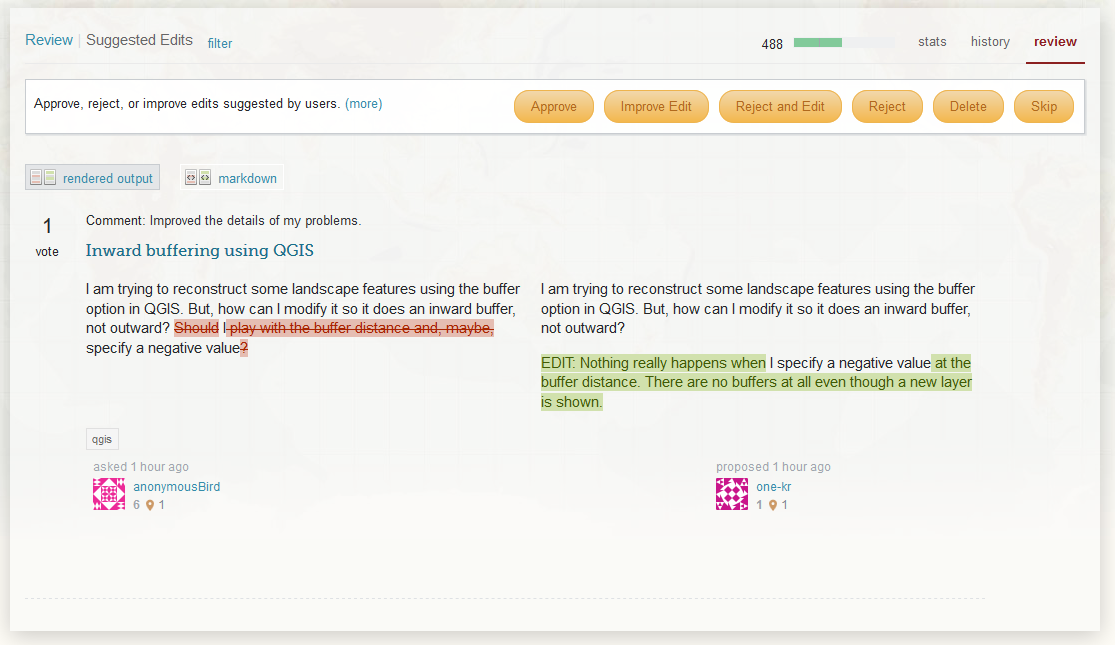 If you need to get to the original post, you can Ctrl + Click on the Question title - Inward buffering using QGIS in this example - which will open a new tab to that Question. 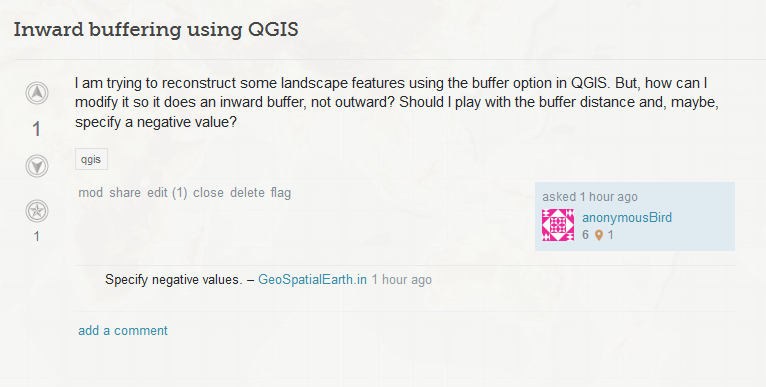 Not the answer you're looking for? Browse other questions tagged support status-deferred review-queues user-interface suggested-edits .

13
Is there a way to edit a question (or answer) without bumping it?
3
How does the Suggested Edit review process work?
12
At what point, if ever, is an edit 'trivial' enough to warrant rejection?
2
Unapproving suggested edit?
18
“Thank you” sign offs in questions and suggested edits
5
Handling suggested edits from a user that is using the wrong account
6
GIS SE home page, is the beta jobs link crowding the earlier tabs a known issue?
4
No URL link option for inserting images in posts?
2
Not getting +2 reputation from edits?