In the Low Quality Posts queue what should I do with this question? 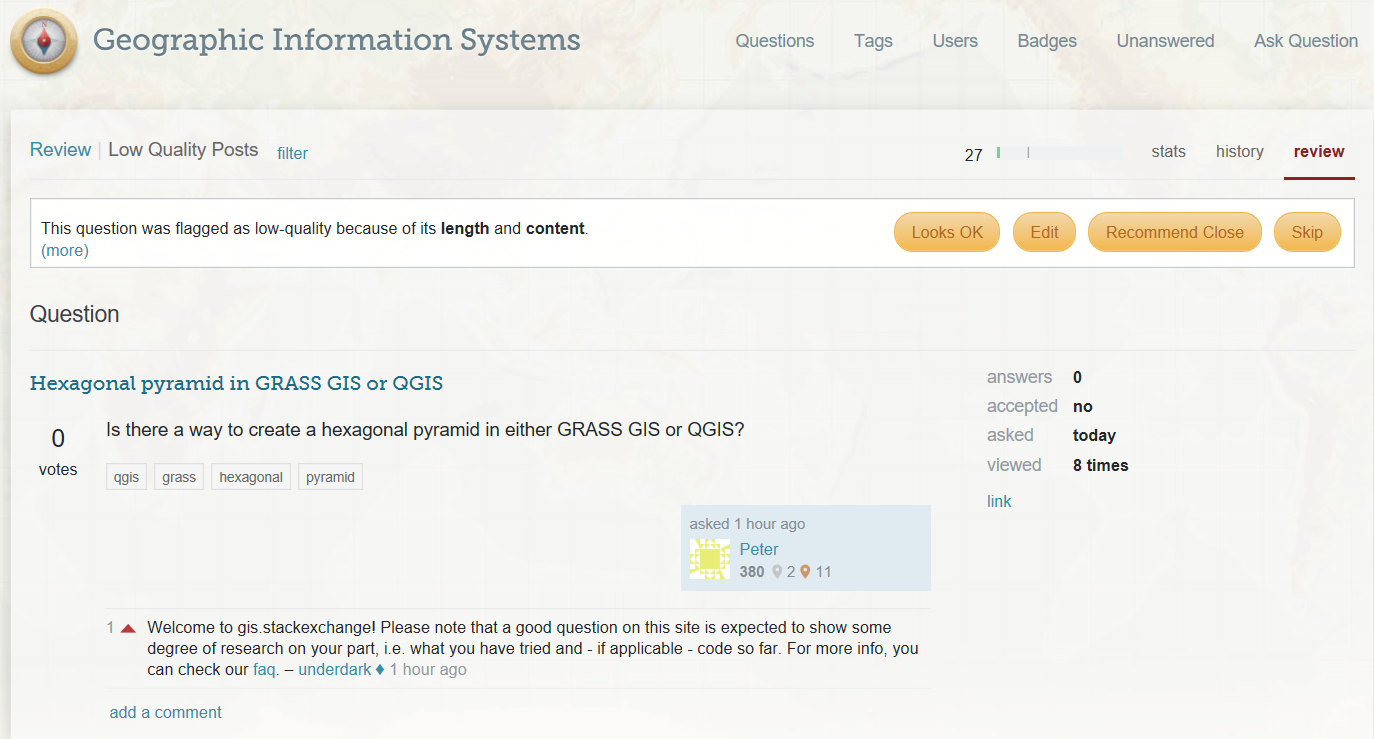 Someone has already provided a good comment, which I upvoted.

Is it just best to select 'Looks OK' because the comment has done the job?

I don't want to 'Recommend Close', and there is not enough to go on to provide an 'Edit'. In the past I have usually gone to 'Skip' but then it just passes it onto someone else.

I had a look on Meta, and GIS Meta but I didn't find any clear guidance on this.

The example question given can now only be seen, by those who can see deleted questions, at https://gis.stackexchange.com/questions/261498, because it was self-deleted by its asker, after accumulating its fourth close vote of "unclear what you're asking".

Personally, I would have voted to close this question as too broad. However, if the question had been more focused as:

Is there a way to create a hexagonal pyramid in QGIS?

then my approach would be different.

My first thought would be "I know what they are asking, and they are asking a single question, but there is nothing to show that they have tried even a Google search before asking".

With that thought, I think about the first part of the guidance provided by the downvote's tooltip which is:

This question does not show any research effort

and so I would apply a downvote (by visiting the question, if necessary), and try to find time to also make a comment to ask what they have tried.

Not the answer you're looking for? Browse other questions tagged .

6
What's wrong with my "shopping list" question?
7
What is an appropriate length of time to wait for requested action before stepping in?
2
When to use Not An Answer flag?
3
Request for new low-quality review option or guidance on using current options
5
Handling suggested edits from a user that is using the wrong account
5
Marking a question as a duplicate of another one that doesn't have an accepted answer?
9
Dealing with unethical questions?
4
Confused about the rules
6
Why is " Very Low Quality" on this question declined?
4
2020: a year in moderation